Local Austin filmmaker, Lisa Belcher, is releasing her short film “The Gift” this week and we have an exclusive first look. It is already gaining international success and picked up nine awards over the past year at film festivals.

The Gift is a coming of age tale inspired by a story written by Lisa’s brother, Steve Wayne, and shot on location in Hong Kong. At birth, Bobby’s father gives him a special gift that he must keep with him wherever he goes. However, as Bobby ages, he faces challenges from his peers that make him question the true value of the gift and why he has held onto it for so long. Will he give it up? Or will he come to understand the meaning of the gift as something more than a simple present?

Lisa’s experience as a professional in the film industry prepared her well for her directorial debut. She is credited as Writer, Director and Producer of the film but explains that it was a truly collaborative effort. She knew the story well and embarked on a learning experience along with her newfound friends who helped every step of the way.

“The stars aligned in Hong Kong,” she reveals. During her three years in Hong Kong she connected with up-and-coming actors and businesses and decided to include many of them in her filmmaking experience. “So many people gave to make “The Gift” happen,” she says thankfully, “there are so many opportunities to give in life. I’m glad everything fell together to make this film a reality.”

We sat down with Lisa to learn more about her process, her thoughts on the Austin film industry, and why she is always so willing to ask “How can I help?”. Look for the featured article in our upcoming Issue 06 out in April. 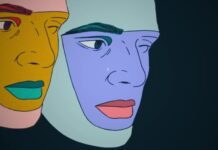 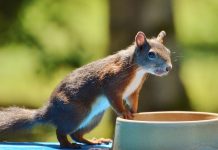 These 4 Westlake Squirrels Have More Money Than You