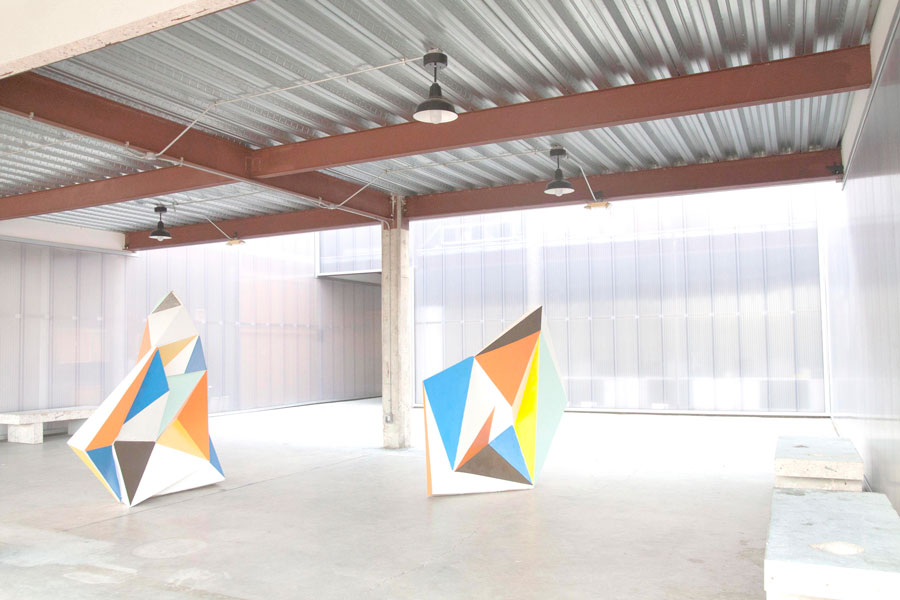 Collective blood runs through the veins of our city. We find strength in numbers and support in collaborative creative tribes. This is seen from Austin’s many art collectives to the rapid rise of co-working spaces and the startups that exist within them.

With East Austin Studio Tour in its 15th year and WEST in its 6th, Big Medium’s Jordan Gentry and Shea Little have been fostering Austin’s unique art scene for well over a decade. Over 530 artists participated in last year’s EAST, each backing the tour as an active catalyst for the growth and mingling of talents. We talked to Jordan about the role of Big Medium’s studio tours in the expansion of the Austin art world. 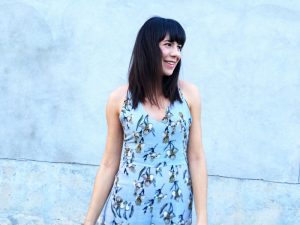 How did EAST come to life?

EAST started in 2003 as a self-serving tour to showcase the work of three artists at Bolm Studios—just trying to get people into the space but shifted into building a lucrative artist community. We realized there were so many artists on the East side, why not open our doors together?

What do you think is Austin’s biggest priority regarding art spaces?

Canopy and Bolm are great but there’s almost always a wait list. The city is working to help
with grants for spaces across genres but things move slowly. So band together, talk to each other. Community is key. Artists who have been on the tour for years are losing their spaces so we have a Google group to link people up. Sharing spaces is beneficial for everyone. It goes with theme for 2017—stay aware of your community around you.

What do you and the team want to incorporate into the tour in the future?

More guided tours for people who are overwhelmed and want to be shown the “best of.” We’re starting with a list on our website with about 15 themed artists (family, abstract, etc).

Do you get FOMO having organized the tour when there’s no way you’re able to visit everyone’s studio?

WEST is really fun because I get to go out and mingle. EAST is crazy since it’s based around Canopy. But part of my job is to check in an engage with the artists. Shea and I will go out together to the studios we really want to see. Maybe we’ll have a guided tour follow us?

What are some behind-the-scenes roles that people don’t know about?

There is a lot of thought and concept behind the catalogue designs. 2016 marked the 15th EAST and 5th WEST so we used the base of 5 and designed around the pentagram. 2017’s WEST featured Austin’s native flowers and plants. We were inspired by the tumultuous political climate and responded with symbols of hope and peace to promote community and regionality. We invited ten artists to design ten flowers—a bouquet to speak to the diversity of the tour. 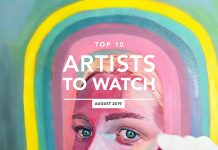 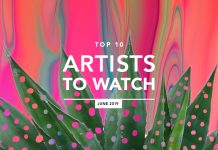 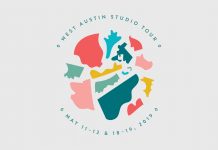 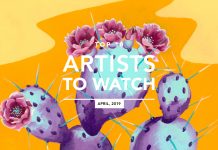