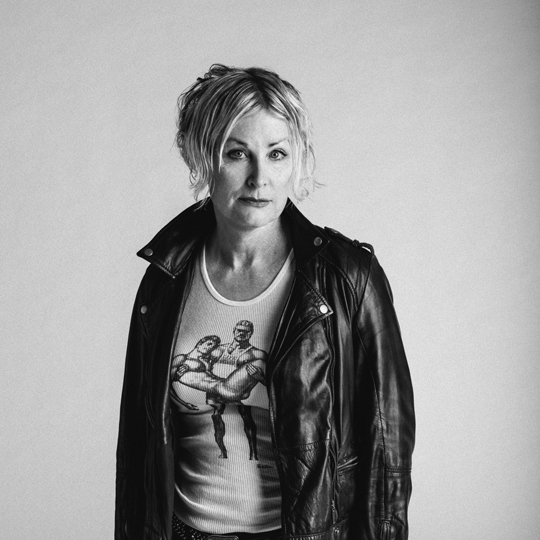 At the beginning of this year, folk-punk artist Shawna Virago released her newest album Heaven Sent Delinquent. The album is filled with 10 songs that flow into each other to tell Shawna’s story of escape, survival and strength as a transgender individual.

Shawna’s musical style is a mixture of folk, punk and trans-americana all held together with her genuine and powerful lyrics. She uses music to share the experiences of transgender people, while celebrating queer love. Her lyrics are messages that need to be heard and she makes this apparent with her new album Heaven Sent Delinquent. The album is filled with all acoustic tracks, some upbeat and others much softer, but all still retaining the energy of the punk lifestyle. I like to think of each song as a quiet explosion. Although the instrumentation is minimal, the lyrics and message remain powerful.

“Last Night’s Sugar” is the first single off of the new album. It has more of a country-folk feel and is combined with repetitive lyrics to emphasize Shawna’s message. Shawna’s vocals are ethereal, almost ghost-like and layered with reverb. The accompanying music video shows Shawna singing in an empty hallway and alone by a piano. It is kept minimal to mirror the song and focus more on the lyrics and Shawna herself. Through the close lens of the camera, Shawna seems to be exposing her true self as she shares her story through this song.

Shawna’s live performances, much like her music, are described as a combination of storytelling, stand-up and a medley of original songs. She has been performing as a transgender woman since the 1990s, a time when transgender rights were not debated on the level they are now. She continues to observe survival of such strong people in everyday life, singing about the world from the point of view of an outsider.