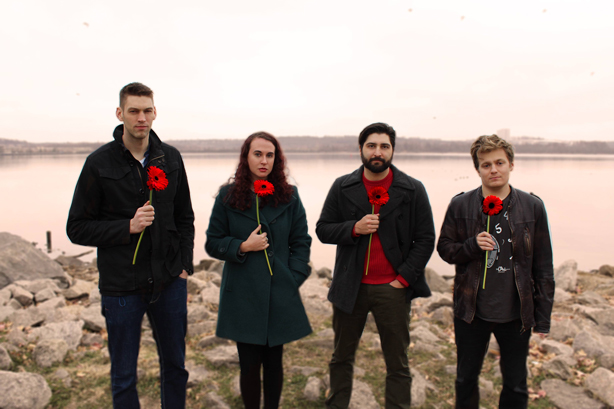 Babbling April, a shoegaze quartet based out of DC, recently released their single “Reputation” off of their new EP Holy Gold earlier this month. 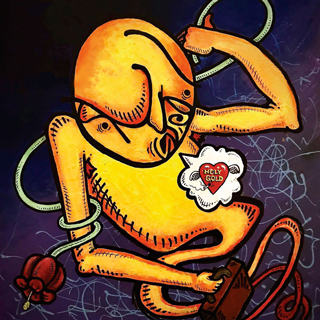 The story of Babbling April begins with member Dave New: he was the creative force which spearheaded the creation of the band, a symptom of his life long love affair with music and home audio recording. In 2011, after moving to Dayton, Ohio from Baltimore, New met his creative partner Vivienne Machi. From that point, they began crafting their melodic escape and spreading their sound in various music venues in the Dayton area. After transplanting themselves to DC, Ben Medina and Ben Melrod were added to forge the rhythm section.

The band’s most recent EP, Holy Gold, is an indie experience.

The album tumbles with ease through various genres, giving listeners a taste of folky melodies, soft glimpses of blues-y riffs, all of which peak through the thick curtain of indie sound which dominates. The shoegaze qualities of their sound are realized as one gets lost in the feedback and entranced by the adagio tempo.

They play with their listeners’ emotions. One phrase could be whispering in your ear, and the next phrase the only thing you hear, like in their song, “Alliances and Rifts.” They sound like a good mood; like spring break with the top down, a carefree bliss amplified by the layers of rhythmically distorted guitar.

Babbling April has gone down a road often not taken in modern shoegaze, in that the vocals are not used as an instrument which blends intelligibility into the other instruments. Instead, New and Machi sing with a distinct clarity which sets them apart and reflects their diversity in the genre. And, with an ideological nod to DIY culture, Babbling April both self records and self releases their tunes: a respected rarity in the industry.

Become our advertising partner!For all the details click here. 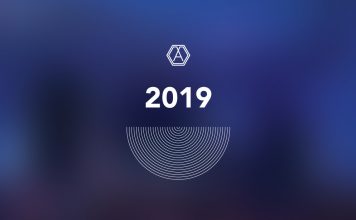 How Finances Can Impact Mental Health