Over the past weekend, I got a chance to see the ever-delightful Dr. Dog perform at the Moody Theatre, promoting their latest album, “Critical Equation.” While their abundance of albums are deservedly beloved, Dr. Dog is rightfully known as an outstanding live band.

I’ve seen them three times now and they proved that they have not lost a step. With a nonstop flow of singable songs, dynamic grooves, and soaring harmonies, Dr. Dog brought their signature blend of psychedelic indie-folk to life in roaring fashion at ACL Live on Saturday night.

Based out of Philadelphia, Dr. Dog has been a working band for almost twenty years, with ten full-length albums and countless tours under their belt. Their sound blends cleverly crafted lyrics with infectious vocal melodies and a late ‘60’s psychedelic aesthetic. However, if there is one common factor within their sound, it is without a doubt their vocal harmonies, which are both inspired by and rival that of both The Beatles and The Beach Boys.

With a nonstop flow of singable songs and soaring harmonies, Dr. Dog brought their signature blend of psychedelic indie-folk to life.

Toby Leaman and Scott McMicken share songwriting duties for the band, filling their albums to the brim with effortlessly poignant, catchy songs. The abundance of recognizable songs in their catalog gives them the opportunity to put on a very different show from city to city while retaining their signature sound. To put it simply, even if you don’t recognize a Dr. Dog song when it starts, you’re more than likely singing along by the last chorus.

Their latest album, Critical Equation, hints at a tonal shift towards the dark and mysterious with slower spacier instrumental sections but retains their pop sensibility through their vocal melodies. While Dr. Dog are certainly known for their thoughtful and introspective lyrics, the two singles from the album, “Listening In” and “Buzzing in the Light,” paint a slower, perhaps more pensive picture that may have been easier to overlook in their earlier material due its propulsive musical qualities and underlying sense of immediacy. McMicken elaborates on the tonal shift in the record, noting that “the record was born from a journey of doubt and discovery, a heavy, sometimes painful reckoning that ultimately brought the band closer together with more strength and clarity than ever before.”

The band opened with the first track from Critical Equation, “Listening In” before rolling into back to back hits with “Nellie” from 2014’s “B-Room,” “That Old Black Hole” from 2012’s “Be the Void,” and “The Beach,” from 2008’s “Fate.” They put together a great set, spanning their past six albums and including their now famous cover of Architecture in Helsinki’s “Heart it Races.” It was especially exciting to hear a few tracks from 2016’s “Abandoned Mansion,” for the first time live since they didn’t tour after its release.

It is evident that Dr. Dog is in their purest essence on stage as a live band. Once they’re on stage they are all in service to both the songs and each other, moving through their set as a singular musical mind. And it’s absolutely worth noting that their vocal harmonies, the mainstay of all of their songs, are all flawlessly executed. But if you don’t believe me, go see them yourself. They will win you over with every song they sing you. It happens. It happened to me. Just now. For the third time. 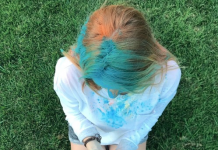 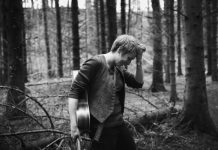